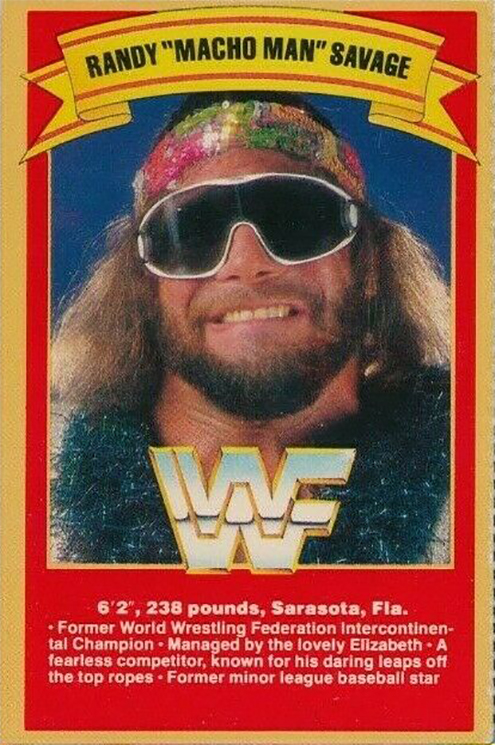 – Cards found inside boxes of Gold Bond Ice Cream bars. There are 12 cards to the set. Earlier versions of this product did not have cards (dated 1987), but had a redemption offer to send in UPCs for a set of 12 WWF 8.5″ x 11″ promotional photos. Cards listed above were produced in 1987 but did not appear in boxes until 1988. Boxes have the 1987 copyright date on them.

– All cards are red and gold bordered to differentiate from other sets. All boxes are the same with no indication of what was inside (no cut outs). No copyright date appears on the cards.