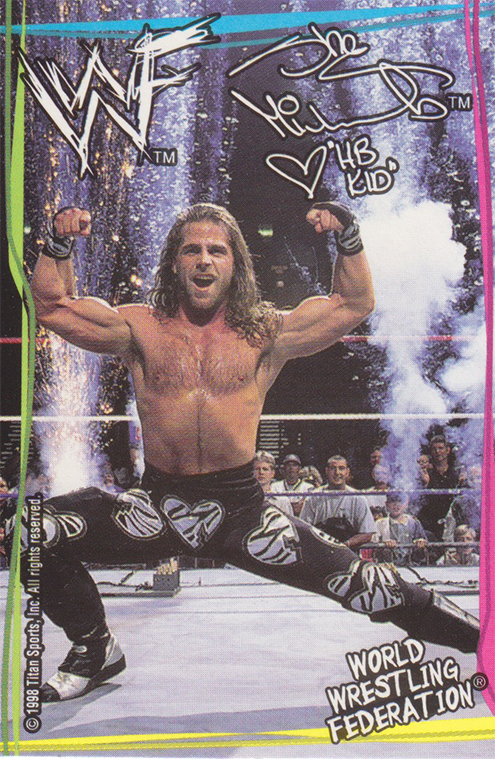 – Cards found inside boxes of Good Humor Ice Cream bars. There are 12 cards to the set.

– The 1998 copyright date appears on lower left border. WWF “Attitude” style logo appears for the first time. Cards have a slim blue (top), pink (right), yellow (bottom) and green (left) borders. Boxes have photo-likenesses of the wrestler inserted on inside of boxes.

– Card set also has first ice cream card issue of Stone Cold Steve Austin. The Undertaker card has the same pose as 1997, making it the only time a photo is re-used in a different year for the ice cream series.