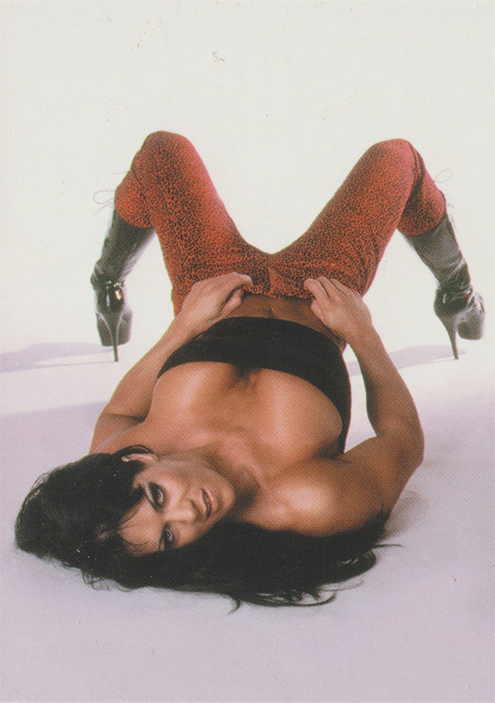 – An extremely rare and limited 8-card promo set. Cards where never released to the public. According to Comic Images, a small number of promotional cards were created (rumored to be about 6 sets of 8 cards total), but the actual card set was never produced because of licensing issues which resulted in Fleer getting the license to produce WWF trading cards. This set was intended for an early 2001 release.

– A small advertisement for these cards can be found on the back inside page of the first WWF RAW Deal Collectible Card Game (CCG) rule book along side a small ad for the 2000 WWF Rock Solid: The People’s Trading Cards on the page before. No other advertisement was done to promote this series.