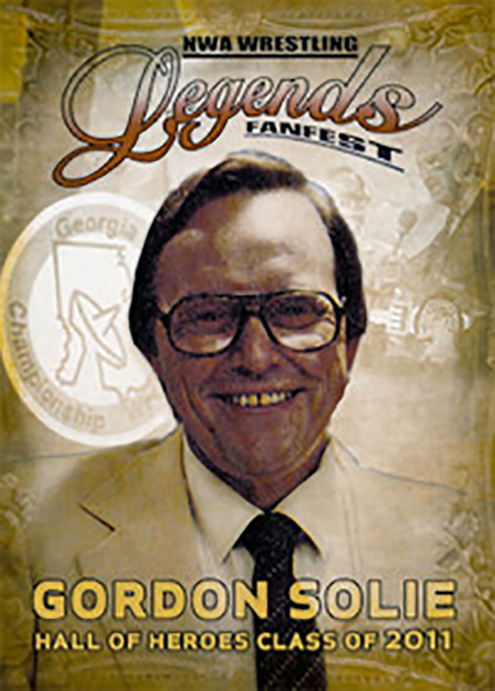 – Card is numbered and contains bio information on the back.

– Promo card was designed and produced by Greg Price to spotlight the NWA Wrestling Legends Fan Fest Hall of Heroes Class of 2011.  Furthermore, the card was also to introduce the inaugural 2011 NWA Fan Fest Trading Card set which was to have been released the week of August 4-7, 2011 at the 2011 NWA Wrestling Fan Fest in Atlanta, Georgia.  However, the set was never released.

– There were two separate printings of the promo card, which resulted in a slightly different size and color of the second release.