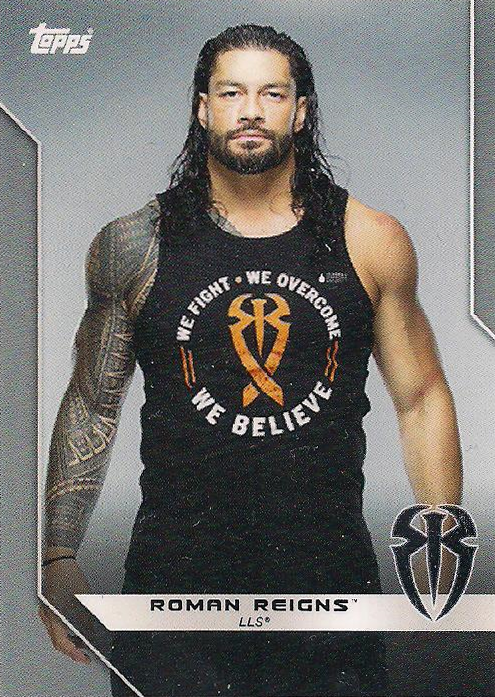 – This was an On-Demand set, and could only be purchased through Topps website.

– The following statement about this set is taken from the Topps Website: 100% of all proceeds are donated to the Leukemia & Lymphoma Society (LLS). Together, we are tougher than Cancer. WWE and WWE Superstar Roman Reigns are teaming up with the Leukemia & Lymphoma Society (LLS) in the fight against Childhood Cancer. For Reigns, the cause is personal – He is in remission for the second time from Chronic Myeloid Leukemia (CML), a blood cancer. He is committed and determined to bring hope and support to kids fighting cancer and their families. WWE Superstar Roman Reigns and LLS need your support to help bring cures and care to children with cancer. Visit LLS.Org to learn more.