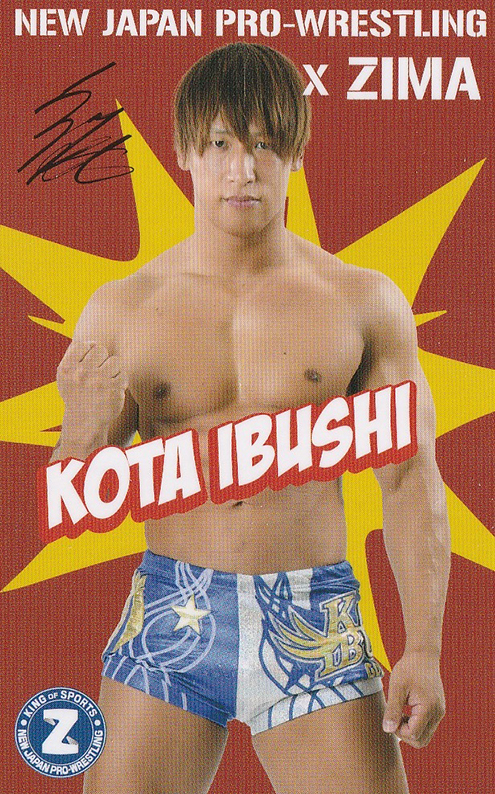 – Zima is the official sponsor of NJPW, and has released these cards in conjunction with their partnership. Single card was available with case purchase on specially marked Zima packages.

– Cards measure 2 1/2 x 3 1/2 and are attached to bottles of Zima. They are in a plastic package, and slid over the necks of the bottles of Zima. There are 4 different wrestlers featured, and there is a photo and an art card (cartoon) of each of the wrestlers. Card backs are the same, with a QR code on them.

– Some press information provided below and full press release can be found at this link: Molson Coors Japan Co., Ltd. The third collaboration project of “ZIMA x New Japan Pro-Wrestling”!

To the press
April 26, 2021
Molson Coors Japan Co., Ltd.
The third collaboration project of “ZIMA x New Japan Pro-Wrestling”! A bottle with a limited original card for 4 popular wrestlers will be on sale from April 26th!
Molson Coors Japan Co., Ltd. (Headquarters: Shibuya-ku, Tokyo, President Hiroyuki Kaneda) has collaborated with New Japan
Pro-Wrestling to pack an original trading card with a wrestler into a ZIMA bottle on April 26. It will be on sale from Sunday (Monday). In addition to Hiroshi Tanahashi, who supervised the ZIMA collaboration can project, which was very popular last time, four popular wrestlers including rare characters with even more individuality have appeared this time! Kota Ibushi, Togi Makabe, and the mysterious wrestler ZIMAN were chosen! ?? further! Only those who have purchased a limited edition bottle with a trading card can understand “ZIMA will evolve this summer ?!”. The announcement of the important announcement from ZIMA is also hidden from ZIMA fans. You can check the details from the QR code on the back of the trading card.

About all 8 types of trading cards of “New Japan Pro-Wrestling Popular Wrestler”
There are 8 types of trading cards. Two types are available: a live-action design of Tanahashi, Ibushi, Makabe, and ZIMAN, and a limited design that can only be obtained here, each of which is drawn in an “American-style illustration” by four people. Last year, we released a limited number of bottles with Tanahashi’s card, and Tanahashi’s fans all over the world aimed to complete all types, and the tweets of the fans who reported on their recent situation became a hot topic on SNS. This time, the third collaboration project with New Japan Pro-Wrestling, three more wrestlers will appear, and we can expect even more excitement.