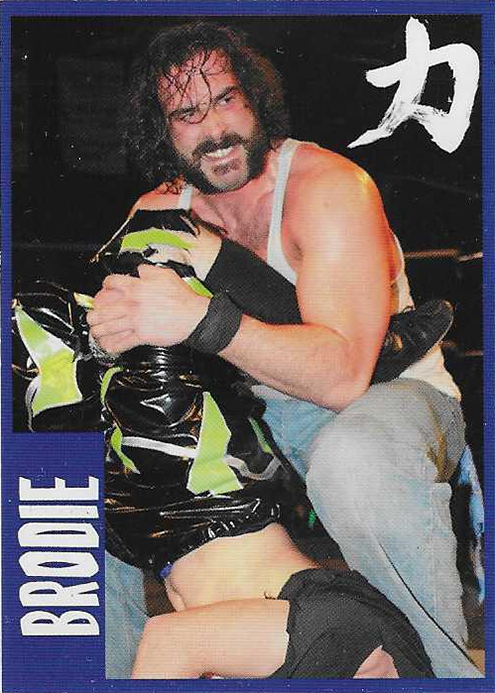 – The Toyota chase card was released in July 2006 with an additional new card released nearly every month. New cards were released at Chikara Pro Wrestling events.

– Several of these cards were pulled from the set and inserted into ‘The Best Of Chikara’ DVD’s.

– Cards are numbered on the back and contain bio information.

– Cards with the dark blue, almost indigo borders, were made between 2006 and 2010. The ones that are lighter blue are the latter cards, which were 2016 – 2018 (Merlok, Solo Darling, etc.) The cards where the image is centered and the cut of the card is very even, are from the start of the runs. By the end of some boxes, the colors had shifted visibly, and the borders are not as neat. The more “mint” the card looks, the earlier in the production run it is from. There were some cards where, by the end of the run, they were being rejected for quality reasons. Some of the cards Chikara should have hundreds of in their inventory, but because they were too far outside of what promoter considered acceptable, they were rejected at delivery. This has also impacted some of the card’s availability since, just as an example, over a hundred of the Eddie Kingston cards were refused due to wild color variations. Rather than reprint the balance, the printer just refunded the balance, leaving Chikara with short runs on several cards.