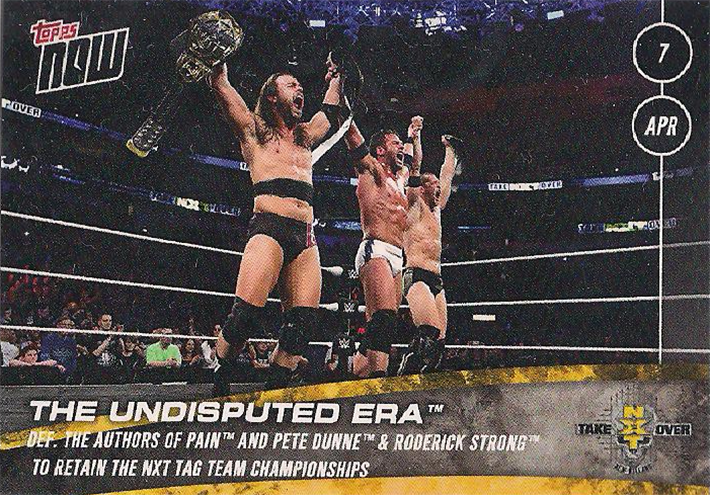 – Cards were released through the Topps website the day after an event, and were sold for 24 hours. Once the 24 hour window had closed, then the print runs were released.

– PR is for the print run total for each card.