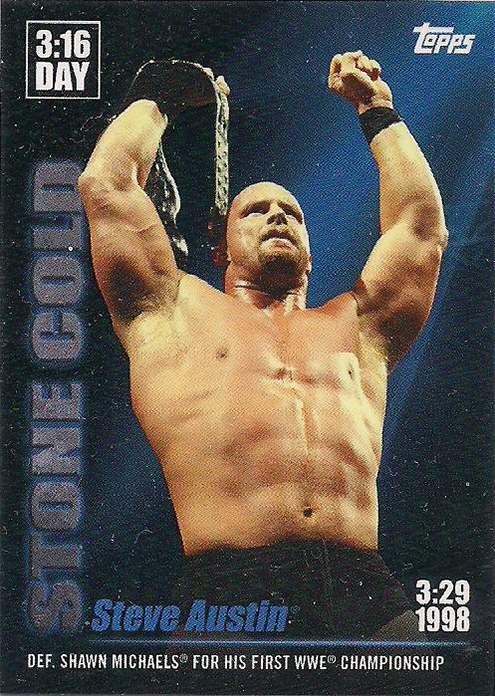 – These 5 cards were sold as a set, and the Bonus card was released a few days later as a bonus to this set. A lot of people missed the bonus card when they ordered, because it hadn’t been released yet, so Topps was kind enough to send the card separately to everyone who ordered the 5 card set. The SCSA Bonus card looks different from the other 5 cards in the set. It’s released as a WWE Topps Now card with the Topps Now Logo on the front of the card.