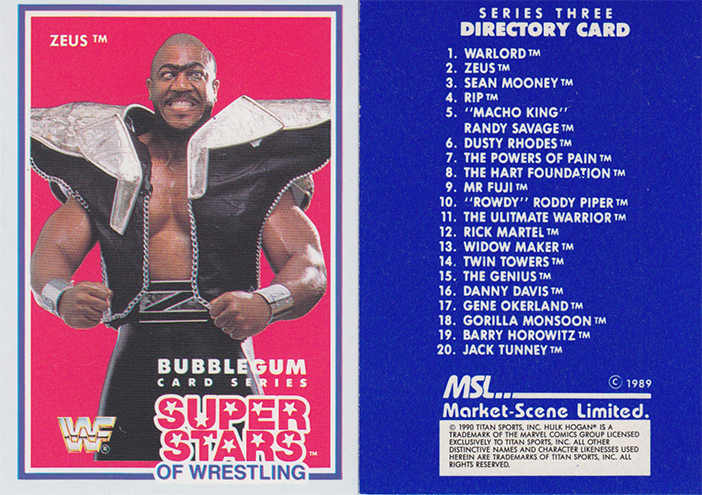 – Card album available but only through a mail-in offer found on the backs of wrappers.

– Cards were originally released and only available in New Zealand by Market-Scene Limited.