– Card album available but only through a mail-in offer found on the backs of wrappers.

– Cards were originally released and only available in New Zealand by Market-Scene Limited.

– There are two different versions of the WWF Super Stars of Wrestling: Series 3 card set.  Each card in this checklist has a 1990 copyright date on the back, while the other set has both 1989 and 1990 copyright dates listed on the back.  The numbering sequence for both sets is different as well as there being different cards for each set.  Both sets were released with a contest card for a chance to win a trip to SummerSlam 1990 (Back). 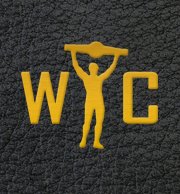